The Sweden/USAID FARMA II project launched the Hrana Gurmana, or Gourmet Food, campaign on July 1, 2020, to help small businesses in BiH cope with the negative economic effects of the COVID-19 pandemic. Over the first three months, from July 1 to September 25, the campaign exceeded its plans and promoted a total of 146 small businesses, including 109 producers, 20 shops, and 17 restaurants. The campaign was relaunched on December 1, 2020, just ahead of holiday season, to once again draw the attention of consumers in BiH to local delicacies and small businesses that produce them. The campaign will include additional small businesses bringing the total number to more than 200.

The Sweden/USAID FARMA II project launched the Hrana Gurmana, or Gourmet Food, campaign on July 1, 2020, to help small businesses in BiH cope with the negative economic effects of the COVID-19 pandemic.

Those effects were reported on in the World Bank Group’s spring 2020 Regular Economic Report on the Western Balkans which noted that the pandemic had an extremely negative effect on 72 percent surveyed micro-enterprises and 66 percent of small enterprises in the Balkans. In parallel, a public opinion survey conducted by Valicon during the first months of the pandemic indicated that as many as 85 percent of consumers in BiH believe that they should buy domestic products, 72 percent said that they are already buying more, while 50 percent have expressed a willingness to pay more for the domestic produce.

This data was worth acting on. At the offset, the campaign aimed to promote 100 producers of high-quality food and natural cosmetics, ten specialized retail stores that offer their products, and ten restaurants that use local produce in their cuisine. The campaign was to help them communicate with their existing customers and to help them attract new ones and increase sales. The Public Call for small businesses to join the campaign was issued on July 6....

Over the first three months, from July 1 to September 25, the campaign exceeded its plans and included a total of 146 small businesses, including 109 producers, 20 shops, and 17 restaurants. The campaign ran on five social media channels including Facebook, Instagram, LinkedIn, Twitter, and YouTube. It reached more than 650,000 people.

The first phase of the Hrana Gurmana campaign consisted of daily social media posts, 92 of them, 14 viral videos, 13 stories and press releases, and five award-winning games. The campaign also included an interactive Hrana Gurmana Online Map and a Business Catalog of producers of gourmet food and natural cosmetics, retail shops, and restaurants. The Hrana Gurmana map was visited more than 4,800 times while the viral videos were viewed over 61,000 times.

The first phase of the Hrana Gurmana yielded results. 74 percent of small businesses that took part in the campaign impact analysis said that they were satisfied with the campaign quality and the content of its promotional posts, while more than 50 percent said that their sales in the July-September period increased by 11.5 percent on average in comparison to April-May 2020 period.

As many as 84 percent of respondents said that the campaign should continue, and it has. The Hrana Gurmana campaign, phase two, was launched on December 1, 2020, just ahead of the holiday season, to once again draw the attention of consumers in BiH to local delicacies and small business that produce them.

In addition to already included 146 producers, shops and restaurants, the second campaign phase will include at least 50 new producers and 13 restaurant, bringing the total number of promoted small business to more than 200.

The campaign will continue using all the existing social media channels and will also develop a dedicated website www.hranagurmana.ba.

Over three months, from July 1 to September 25, the campaign exceeded its plans and included a total of 146 small businesses, including 109 producers, 20 shops, and 17 restaurants.

“It’s been a while since something as positive as the Hrana Gurmana campaign has been done for the small producers like us and we are very grateful for that. The campaign encouraged us to continue on our path and bring new spicy treats to various tables.”

Danijel Stjepanović from Tuzla, one of the owners of Fungi Kultura , a newly established producer of oyster mushrooms.

“Opening a business in the middle of the pandemic was a huge challenge. The Hrana Gurmana campaign helped us spread the information about our products. It increased our visibility and it also helped us learn how to produce our promotional messages.”

Toni Falak from Čapljina, one of the founders of Regius, producer and processor of various types of fruit and vegetables.

“We are very happy to be part of the Hrana Gurmana campaign and to have our business presented through several different media channels. We would like to single out the video content that presented our story and our products in a very interesting way and the online map which contributes to making our products easier to find."

Sabina Krivdić from Visoko, the owner of Malinica, a honey producer, and Medni Dućan, a shop that offers different honey products.

"It is a very good thing that the Hrana Gurmana campaign was launched during the pandemic. In addition to increasing the purchase of domestic products, it allowed small producers to show what they can make and how well. The campaign also helped us to connect with other businesses and establish cooperation.”

In a video message, Ambassador Nelson said: “We’ve all learned a lot from the Hrana Gurmana campaign over the summer about local gourmet food producers. The U.S. government will continue to support small producers, and we invite you to continue enjoying Hrana Gurmana of Bosnia and Herzegovina.”

The First Phase of the Hrana Gurmana Campaign Comes to an End, but the Campaign Continues

From Farm to Fork

There is More to Beekeeping than Honey 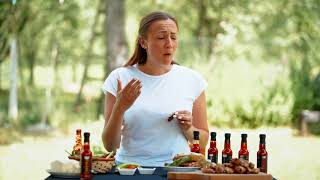 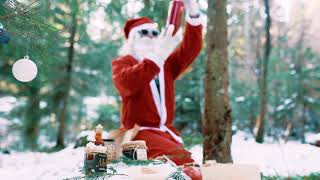 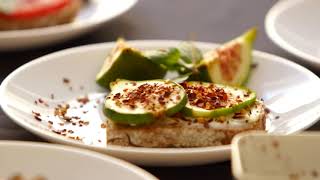 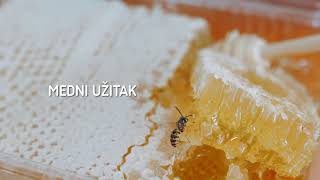 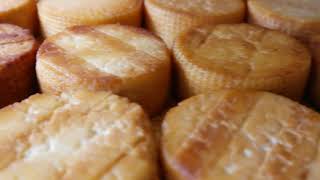 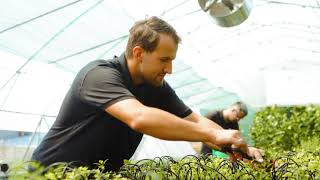 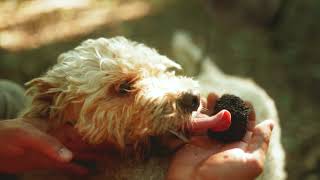 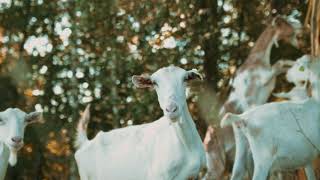 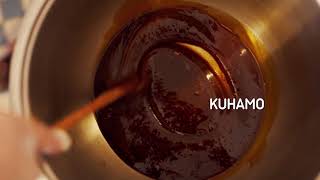 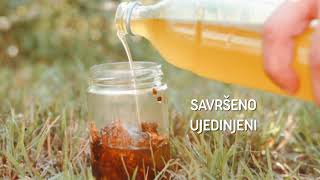 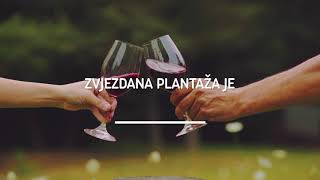 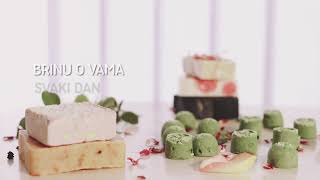 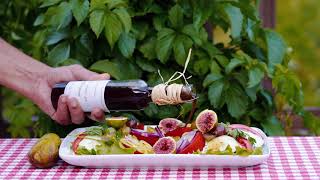 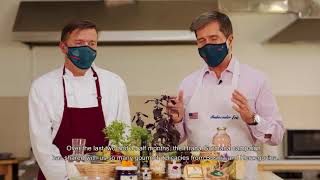 The U.S. Ambassador Nelson and the USAID Mission Director Eslick about Hrana Gurmana

Set Your Plate on Fire

Tastes of the BiH Fruit Orchards